My husband and I are humongous fans of Discovery Channel's Deadliest Catch show. We've watched it since Season 1 and never miss an episode. When we heard that the Time Bandit Boys (my personal nickname for them is "My Time Bandit Boys") and Captain Sig were going to be in Portland for a live show we knew we just had to go! We had such an awesome time at the live Deadliest Catch show! It was amazing! The boys told stories and talked a little bit about their lives growing up on the boats. It was really cool to see them in person! Despite their fame they are still just a bunch of goofy, down to earth guys! Captain Sig ended up grabbing J by the back of the neck because he thought J was trying to hug him (even though all he did was put his arm around him). I had no idea what was going on at first until I heard a loud commotion.  I remember rolling my eyes thinking, "Only my husband would cause a scene", lol!!!  So yeah, Sig grabbed J by the back of the neck and threw him down in a chair. It was hysterical!  Everyone was laughing except for the poor girl trying to take our pics.  The first pic Jonathan grabbed the camera out of her hands and said, "Take that one again.  I look like an asshole in that one"…LOVE IT!   People in line were getting irritated that we were holding up the line but F them.  We had a blast!  As for myself?  I stood there silent like a drooling, bumbling idiot.  I was completely, 100% star struck!  I was finally touching my favorite Time Bandit Boys and I totally froze up like a dumbass.  Oh well. It was seriously one of the best nights of my life! So much fun! 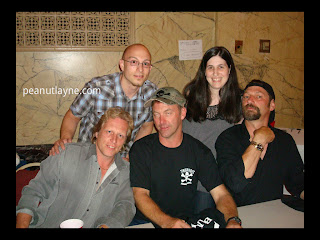 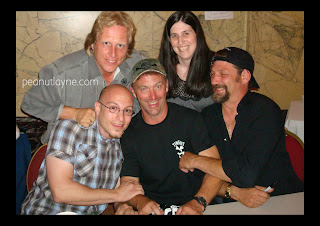 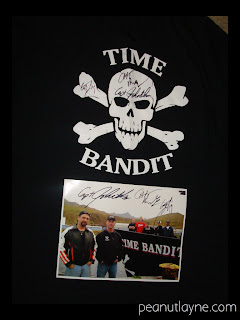 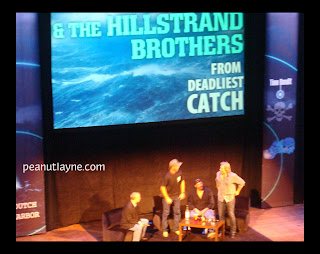 Posted by Peanutlayne at 10:24 PM No comments:

Email ThisBlogThis!Share to TwitterShare to FacebookShare to Pinterest
Labels: I crack myself up, iphone photography (contact me for rates), life on the layne, random awesomeness
Newer Posts Older Posts Home
Subscribe to: Posts (Atom)