The Most Beautiful House in the World

What makes a home beautiful? Ask a child and their response might surprise you. 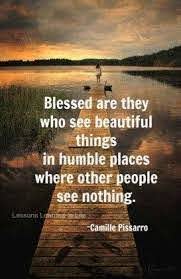 I don't know about you, but I personally love hearing things from the perspective of a child because it puts things, well, into perspective. Children have an unabashed innocence about them (okay, maybe not mine so much, because they're my kids), but it's that innocence that makes their statements so profound or introspective, because their words come straight from the heart.

Once a week I meet my husband at his work to drop our almost 11 year old son, "Peanut" off with him, so he can drive him the thirty minutes to soccer practice, while I rush off in the opposite direction to pick up our daughter at cheer practice. If you have multiple kids like we do, then you know the drill. It's a never-ending siege of despair, driving children back and forth, every single day until you die. Wait, where was I going with this again?

Anyway, my husband's office is fairly close to the strip, but not on the strip. For those of you familiar with Las Vegas, you know the areas off of the strip aren't the nicest parts of the city. They aren't the worst either, but just your typical city streets as far as the eye can see, with lots of buildings, bus stops, people, and bustling traffic every which way you turn, which I don't know about you, but just the word "traffic" alone makes me immediately break into hives.

Across the street from my husband's office park building is a row of mobile homes. They appear to have been there for quite some time as they're a bit older, or should I say "established", with some of them being more run-down than others. They've definitely seen better days if you know what I mean and many of them could use a little TLC and perhaps a fresh coat of paint.

As we were sitting in the car waiting on my slowpoke of a husband to meet us in the parking lot so we could do the dreaded kid exchange and then rush off to go our separate ways for the evening, my 4 year old son, Seanie suddenly and without any warning at all, pointed towards the street, gasped and said, "Mom, that house is so beautiful. I hope we live in a house that nice when we move to Idaho" 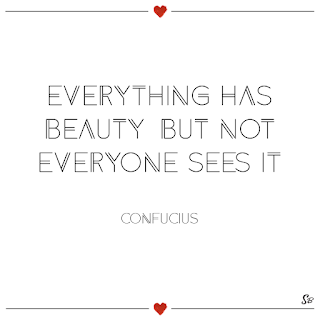 His comment caught me completely off guard, as he's never mentioned anything like this before, and it took me a second to figure out which house he was even referring to, as all I noticed at first glance was a run-down trailer park that was honestly pretty easy to overlook, but there he was pointing insistently at one particular house, situated directly across the busy street from us, perched on top of the hill.

I say this next part not to brag but to explain that the Vegas neighborhood we currently reside in is probably considered middle class, maybe even upper middle class but I'm honestly unsure of where the line is drawn on that whole class thing because I'm about as classless and casual as it comes in my heinously ugly, ripped pajamas that I live in and have owned for multiple decades, but refuse to throw out, but I'd say that the majority of the homes in our neighborhood start at around a half a million dollars and go up into the millions, so in terms of beautiful homes, our current rental neighborhood should definitely qualify or fit the bill as being considered "beautiful" especially when compared to these.

However, to my brutally honest, 4 year old son, Seanie, those older, shabby sheek, run-down mobile homes were far more beautiful and impressive than any other house he'd ever laid eyes on before, including our fancy rental neighborhood with the steep HOA dues, perfectly manicured landscaping and all the modern amenities one could ask for. Yet, somehow, despite all of that stuff, he still preferred this other house instead, so much so, that he hoped that our new house that we're having built in Idaho (more on that in a future blog post) is even half as lovely as these older mobile homes are.

I don't know about you, but it made me pause for a minute and reevaluate what's really important in life and to be grateful and appreciative of all that I do have. I spend so much time stressing out about whether or not things are good enough; our current rental house, holidays for the kids, me as a wife and mother, our old Honda Pilot that's older than Mahlon with a back seat cover that's so old and worn that it won't even stay on anymore, etc. Seriously, there are times where I question and doubt almost every single thing in my life and it's exhausting.

If you're one who secretly tortures yourself by feeling like you have to portray this Instagram influencer worthy image of having the beautifully decorated home with well-dressed, coordinating children at all times, or you worry you'll be seen as a failure, just stop right there. I was raised by a total perfectionist mother who could've easily given Betty Crocker or Martha Stewart a run for their money, but unfortunately, she didn't make it long enough to be an Instagram influencer or Pinterest mom, because she died in 1996 after a long battle with cancer. She didn't even live long enough to see her two children morph from awkward teens into even more awkward adults, and I have no doubt if anyone was able to ask her right now which was more important; seeing her children and grandchildren (that she never got the opportunity to meet) grow up, or painstakingly decorating our home to resemble a Norman Rockwell painting, she'd opt to see her children and grandchildren grow up in a heartbeat.

Now all of this isn't to say that you shouldn't have pride in your home, keep it nice and decorate to your heart's desire, or heck, coordinate your children's outfits, if that's what brings you joy, but don't let it consume you. Do it because you enjoy doing it, not because you think you have to in order to keep up with the Joneses, because I assure you, it matters way more to you than it ever does or did to your kids. Believe me when I say that you are enough, they have enough, it's all good enough, I promise you that much.

I may not be a perfectionist like my mother was, but even I get caught up in the cycle of stressing over insignificant nothings. For example, I've been so wrapped up in all of the silly, cosmetic details of our future, new home, that one night I actually lost sleep over wondering whether or not we chose the right subway tiles for the kitchen backsplash, and OMG, what are we going to do if the painted cabinets clash with the granite countertops? Little things that seem so important now, but really aren't all that important at all in the grand scheme of things, and certainly not important compared to the really big things in life like getting diagnosed with a terminal illness or losing a loved one, etc.

So, the next time you're worried because your home, apartment or whatever, doesn't look anything even remotely close to the ones that grace the cover of an HGTV worthy magazine, remember that to somebody, somewhere, your house is not only enough, but it might even be the most beautiful house they've ever seen.

I can't help but smile whenever I see the little white house perched on top of the hill now. It's funny, but the longer I stare at it, the more beautiful it becomes to me. 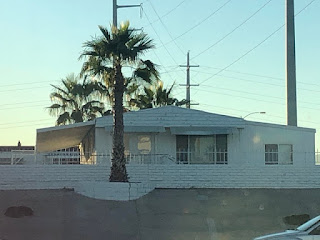 Posted by Peanutlayne at 7:00 AM No comments: