I'm not even going to apologize for not blogging in so long. What's it been now...one year? Two? I stopped counting long ago. I know I have some long overdue updates for those who don't follow me on social media, like "Hey, guess what? We moved to Las Vegas".  Yes, that's right folks...back in late May, we packed up all of our belongings and moved from our beloved first ever purchased home in Bend, Oregon to Sin City (which is kind of fitting actually).  It's a weird, mixed sort of reaction whenever you tell people you're moving to Las Vegas, as there is definitely a preconceived notion about life in Vegas. I mean where else in the entire world can you simply mention the words "Sin City" and people know immediately that you're talking about Vegas. 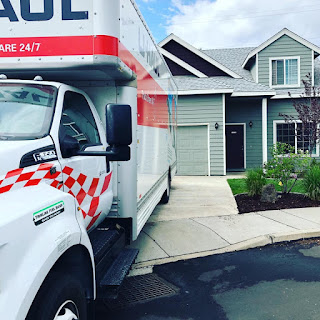 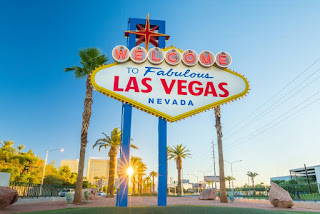 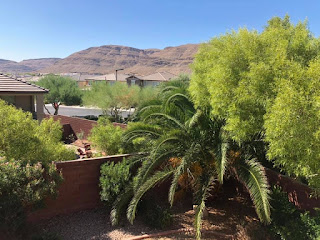 The first time we took the kids on a nice little family drive to see the strip and we got stuck behind this lovely vehicle. We've had plenty of "You know you're in Vegas.." moments since arriving here. 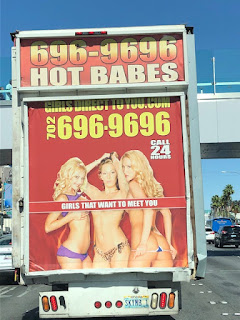 I myself had mixed reactions about the move. I thought that I was tired of Oregon and ready for a change, but I found it much more difficult to leave Bend than I ever anticipated. I cried a lot the first few weeks (ok, months). I really missed our first home (which still hasn't officially closed yet, but will hopefully be sold and off our shoulders in the near future). I missed my dad who was just a mere 5 minutes away and a huge source of support for me (not to mention the world's best grandpa). I even missed our redneck, crazy neighbors who let their dogs poop in our yard and wore scary masks to jump out and scare me once in the dark when my husband was out of town (long story). Luckily for them I don't carry a weapon on me and I was too stunned and terrified to make a move.

I wasn't necessarily happy in Bend, but I was comfortable. Life just made sense there. It was familiar and safe and I knew precisely what to expect. Plus, I was on a first name basis with the baristas at Dutch Bros. However, the bitter cold and high cost of living was getting harder and harder to ignore, and my husband was forced to freelance from home as there weren't any career options for him there. He was growing increasingly unhappy and I felt a bit selfish for holding him back as I was the whole reason we moved to Bend in the first place, so that I could be closer to my dad. Plus, with him being the primary, sole financial supporter (I hate to use the word breadwinner cause I do a lot of shit around here too. Raising our slew of kids is no joke), that's a lot of pressure to place on a person's shoulders, especially when they're extremely crazy talented and you know that their talents would be greatly appreciated and rewarded in a bigger city.  I knew in my head that it was time to go, but my heart needed some time to catch up.

Whenever I tell someone here in Vegas where I'm from, they immediately comment, "This must be such a culture shock for you" and perhaps if we had never lived in a big city before, I'm sure that's absolutely the case. Life in Vegas is the complete opposite of rural, sleepy, ski resort town of Bend. In Vegas, everything moves lightning fast (except for internet). I truly don't understand how a city such as Vegas has the worst, slowest and most expensive internet on the entire planet but I digress. Living in Vegas is pretty much exactly the same as living in Northeast Portland, but instead of rain and grey skies, you have palm trees, oppressive heat, killer scorpions and more Californians than you can shake a stick at. Sorry, that's the Oregonian speaking again. California jokes are as common as breathing over there.

After three years of country living, I wasn't prepared to return to city life, or should I say my anxiety certainly wasn't. I'm driving a lot here. Like, picture 3 kids in multiple sports, where everything is 30-40 minutes away and you're getting on and off multiple freeways the size of Texas.  And no longer do I get the luxury of my boys being able to walk around the corner to catch the bus while I wave from my warm home in my ugly pajamas. Nope. Here, I have to get up, put on actual clothes and a bra which is super irritating, and drive my boys to and from school, all while dealing with insane traffic, chaos and so many idiots that you want to move out into the wilderness or the middle of the ocean on a boat where you never encounter another human, ever again. I'm not even exaggerating here. I seriously lose all hope for mankind every single day after I do the drop off and pick up routine.

While I may be having a rough time adjusting, the kids are doing surprisingly well. My 15 y/o daughter attempted to attend a large public high school here in the city with well over 3300 students, but she lasted one whole week before she went back to online school from home. I was proud of her for trying though, but social anxiety is hard, and moving from a small town to a large city where you don't know anyone is tough.

Mahlon is adjusting to life in middle school. Yes, that's another update! Mahlon is in middle school now! HOW DID THAT HAPPEN?!!! It feels like just yesterday he was turning 9 years old and my little vent about his birthday party went mega viral.  He actually turns 12 TODAY which absolutely blows my mind that three years have passed already. And just in case you're wondering, NO we aren't even attempting to have a birthday party in a brand new town where we literally don't know anyone (we learned our lesson on that one). Instead, Mahlon wants to go back to Circus Circus Adventuredome and ride the rollercoasters...a definite perk of living in Vegas; there is always something fun to do here.


Mahlon on his 9th birthday 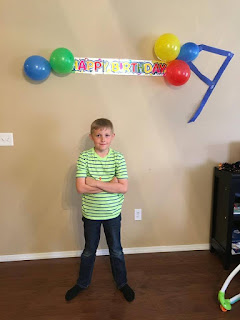 Peanut is 9 and in the 4th grade and quite the amazing little club soccer player, and the baby of the house, Seanie Mac, isn't even a baby anymore, but rather a smart, sassy and spunky 3 year old, who much like his big brothers, is a total character and a natural born performer. If you follow @seaniememes on IG, you'll instantly fall in love with this little spark plug. He's a kick and so ridiculously smart. 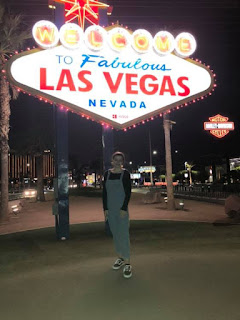 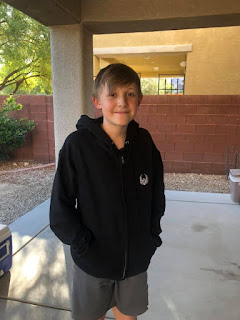 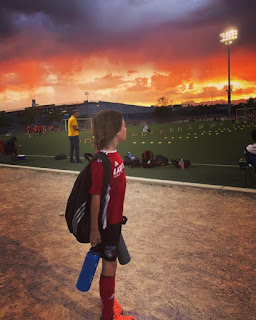 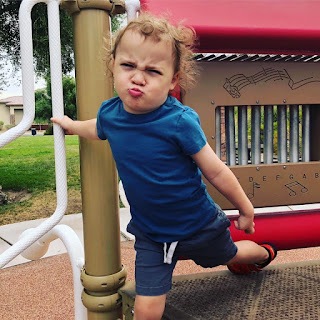 I'm honestly not even sure where I'm going with this blog anymore. I briefly considered letting my domain registration expire a few months ago when it was up for yearly renewal, but didn't have the heart to officially shut down the blog forever, as it once meant so much to me. I don't even really consider myself a "blogger" anymore at this point. It used to be such a significant part of my identity, but things change, people change, situations change. I've lost touch with most of the big time bloggers I used to chat with and correspond with on a frequent basis, as I wasn't really part of the group anymore once I stopped blogging (not that I ever really was part of their group). For those of you dying to start a blog, I'll let you in on a little secret..... the popular blogging crowd is a bit like a high school clique and I've always been the loner type (mostly by choice).

However, I do catch myself in those moments where something really funny or crazy happens to me. For example, if you aren't my friend on FB then you missed our very first encounters with the deadly Arizona Bark Scorpion (think husband holding an upside down Swiffer Wet Jet with oven mitts on his hands attempting to stab it with the pointy end, or perhaps clean it to death...who really knows?? All while I stood on the staircase screaming hysterically because I'm super helpful in emergency situations), but anyways, I'll catch things from time to time that I find particularly amusing and think, "I should totally blog about that" but by the time we get home from our 9,000 activities and then eat dinner at 9 pm, I'm usually too tired to blog, especially because I write articles for money now (primarily ghostwriting), so writing is my actual job now. Plus, unlike what some people may think, I honestly don't get paid a single dime to blog, so, priorities, people. If I have to choose between buying groceries (okay, mainly coffee, chocolate and cheese) and making y'all laugh, I'm going to choose the cheese every single time, cause a girl's gotta eat.

Anyways, tonight we're going to go out as a family to celebrate Mahlon's 12th birthday (still can't believe my Mae Mae is 12) and then come home, eat some cake and then this weekend we'll take him back to the strip to go to Adventuredome, eat lunch at the Hard Rock Cafe and then probably head over to M&M World. For our daughter's 15th birthday a few weeks ago, my husband and I took her to the NYNY Casino and we rode the big roller coaster a couple of times, ate dinner at one of the fancy restaurants inside the casino, bought cupcakes at the Hello Kitty Cafe (AMAZING...highly recommend) and had a lot of fun. Living in Vegas definitely has its perks! 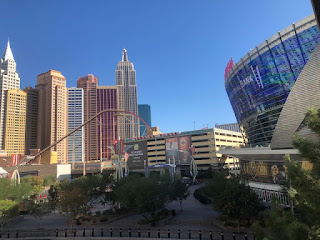 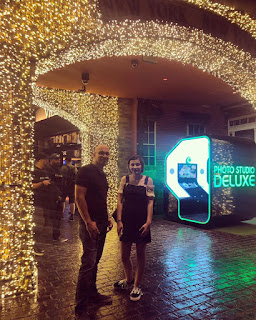 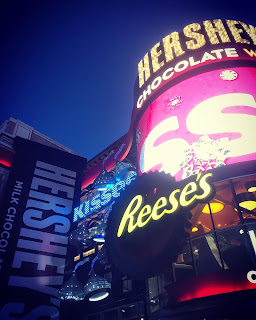 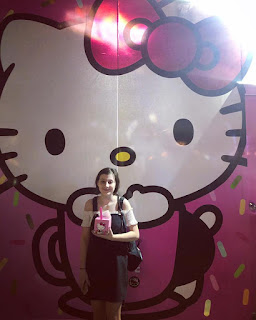 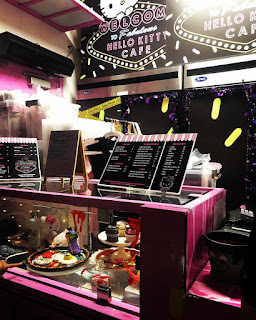 So, I guess much like my life, I'll play things by ear for now and blog whenever the mood strikes my fancy. 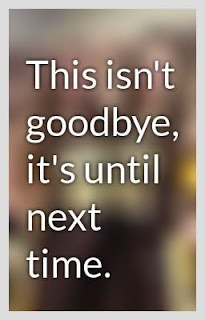 Posted by Peanutlayne at 2:46 PM No comments: