The best update I could ever ask for! 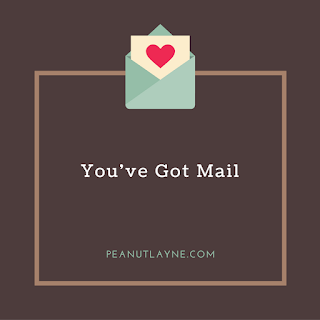 After some recent unflattering stories were written about me, I was feeling a little down. I started to reflect on everything that's happened over the last few weeks and felt very overwhelmed by all of the sudden attention. Part of me wondered if I did the right thing by publishing the RSVP post, not having any idea that it would spread like wildfire across the World Wide Web.

I needed a break from the non stop media requests and numerous messages flooding my inbox, and decided to step back and enjoy some much needed downtime with my family.  On Saturday my husband and I made our weekly Costco run, and stopped to pick up some pizza on the drive home. While he was inside waiting for the food, I opened up my email, and innocently clicked on one of my emails from a reader titled, "Don't worry about replying".  As I read through her message, tears began cascading down my face.

*I asked her for permission to post this, as I know all too well how it feels to lose your sense of privacy. I did leave out their names in order to protect their privacy as I promised I'd keep her anonymous:

I saw your post about the birthday party fiasco shared through Facebook.  My child had received an invite from a classmate we didn't know, and I wasn't planning to go to the party.  We've been horribly busy, and I've been under the weather for weeks, and it was scheduled shortly before Halloween.

Also, I was pretty sure she only got the invite because class rules state that if you bring party invitations to school, everyone in class must receive an invitation.   After seeing your post, I decided to make time, buy a gift and take my child to the party.

I'm so glad we did.  She was the only kid from his entire class that came. In fact, she was the only child besides his siblings. He was so happy when she arrived for the party at the restaurant (you should have seen his face!) and they played together the whole time.  If you hadn't shared your post, he would have had the same experience as your son.

Thanks for being brave.

Suddenly I knew I had absolutely done the right thing by sharing M's story, because this is all we were ever wanting to happen in the first place. My story was not about placing blame on anyone, as I'm far from perfect. It's not about nit picking over the party details, the decorations, the location, etc. It's about raising awareness that birthdays are a very important event for a child, and if we can take just one second out of our busy lives to reach out to the person throwing the party, it could make a big difference in the outcome (as you read above).

I thought at first when I wrote M's story, that the main issue was the lack of RSVP'ing, but I received so many heartbreaking stories saying, "We don't even do parties anymore because no one shows up".  I may be showing my age by writing this, but when I was a child, birthday parties were a very big deal.  Perhaps it's because we didn't have cartoons available to stream 24 hours a day, realistic video games, smart phones (or even cell phones for that manner), tablets, etc. Social media wasn't even a phrase yet. We had Halloween, Christmas, Saturday morning cartoons, and Masterpiece Theatre (admit it, you jumped for joy whenever this came on).

Some of the comments I received mentioned that M's party looked really lame and their child wouldn't of wanted to attend either.  This makes me really sad to think that we have to throw lavish, celebrity worthy birthday bashes in order for our children to attend.  It makes me wonder, "Are birthday parties becoming obsolete?" Are kids so desensitized from all of the above forms of entertainment, that birthday parties aren't such a big deal anymore?

And with that, I truly hope that M's story starts a birthday movement.  Let's bring back the RSVP and birthday parties, as I really think there are two issues here (lack of RSVPing which is causing parents to not even want to mess with throwing parties anymore).

I get asked often how M is doing, and I'm happy to say that he's doing really well. He's so incredibly grateful to everyone who has reached out and offered their love and support.  In fact, I have another heartwarming update to share. One of the invited party guest's moms recently reached out to me, and invited M over for a play date at her house yesterday. It was M's first ever play date and he was so excited.  I was so thankful to her for being brave enough to reach out to me.  We chatted for a long time, and I feel like I made a new friend as well. We are going to have him over to our house soon, and M couldn't stop talking about how much fun he had at his friend's house.

We are still working diligently on sorting through incoming mail and I just wanted everyone to know that we are reading every single card and letter that we receive. I wish that we could individually thank each and every one of you.  Our family has been forever changed by this and we appreciate all of the love so much!

Posted by Peanutlayne at 2:43 PM