Since I enjoyed the first Secret Subject Swap so much, I decided to give it another shot.  I'm one of 20 brave bloggers (or perhaps crazy is a better word) who created a secret subject for someone else and were assigned a secret subject to interpret in our own style.  Today we are all simultaneously divulging our topics and submitting our posts. 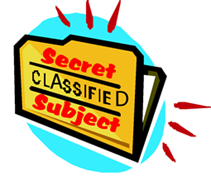 
My secret subject is "The Year the Turkey's Took Thanksgiving Back." by Tracy at http://www.momaical.com/

When I first opened up my email with my subject assignment I totally freaking panicked!  I love Tracy at Momaical more than words can say and think she is a brilliant, talented, blogger.  I don't think she intentionally tried to kill me by creating such a challenging topic, but I quickly found myself curled up in the fetal position sucking my thumb and drooling on myself.

My next thought was, "I should probably write something really creative and funny.  A fictional story about a turkey riot."  I sat and pondered the idea for a while, but I couldn't think of a single thing.  I'll be honest, fictional writing is completely out of my comfort zone.  When I was in school and had to write something fictional I could wing it, but just the mere thought actually breaks my entire body out into hives.

I decided to take Tracy's post and spin it in my own way.  No, unfortunately you won't get to read some witty, hilarious story about a plump, out of shape turkey named Hank, who gathers up his fellow turkey friends and leads them into battle against the evil turkey eaters, but I will talk about a couple of my own dysfunctional family Thanksgiving Day memories.

My earliest memory of Thanksgiving Day dysfunction goes way back to around age 8.  My dad was an avid hunter and many holidays were spent at my grandma's house in the Mt. Hood area.  One year my dad decided to take me on a nature hike.  I think his main motive was to stake out new hunting ground, but whatever the reason I didn't really care, as I was eager to get out of my grandma's house.  Don't get me wrong, I loved my dear granny to pieces, but there is something about sitting on a couch staring at ceramic birdhouses placed strategically on tea stained doilies and creepy cuckoo clocks that leave you scratching at the door to get out.  To make it worse, my grandparents lived out in the middle of nowhere.  The only market nearby was a teeny tiny, family owned and operated store that closed by 7 pm, and my grandparents never had cable.  Let's just say you spent a lot of time staring at walls and wishing you were back home in civilization.

Anxious to get out of the house of old people, my dad and I trekked deep into the woods.  I'm not exactly sure how long we were gone, but I know it was several hours.  Getting nervous about the time I gently asked my dad "Shouldn't we be heading back now?" My dad who was knee deep in brush and had that crazed, "Just one more minute look" in his eyes replied back, "We haven't been gone that long. We'll head back soon." Clearly my dad must've suffered a brain fart and had temporarily forgotten who he was married too as my mom could be kind of scary when she got mad.  My dad often got in big trouble after hunting and fishing trips where he would lose track of time and come home hours and hours after he was supposed too.  I have many childhood memories of peering out of the kitchen window that faced the road, while my mom frantically paced back and forth crying, saying things like, "Oh my God, what if he's dead? That's it kids, your father is DEAD! He's never coming home!" My brother and I would burst into hysterical sobs, and shortly after my dad would appear through the door, looking like a deer caught in the headlights as he faced the wrath of my irate mother.  It didn't help that my dad would do the typical male "What's wrong?" response, as if it never occurred to him that my mom might be a little disgruntled that he was several hours late coming home and she might be worried.

Anyways, by the time we finally made it back to grandma's house it was pitch black outside and not only had everyone finished Thanksgiving dinner, but the dishes were washed and put away and my mom was in full blown hysterics, as were my grandparents, aunts and uncles.  My mother was convinced that we were lying in a ditch somewhere dead so when she saw that we were unharmed, she  began to shriek at my dad.  Ah, the magic of the holidays.  My grandma had her own way of showing her anger towards my father.  She picked up a framed picture of my dad and laid it face down on the bookshelf.   When this happened, you were in trouble.  Big trouble.  My dad and I went to bed hungry that night, but quite honestly i've never really liked turkey, so in a weird way my dad saved me from having to choke little down pieces of turkey drenched in gravy.  I thank him for that.

As I grew up my dislike for the whole turkey/Thanksgiving Day holiday continued to blossom.   To be perfectly honest, my husband and I typically skip Thanksgiving.  We have created a new tradition over the years which consists of ordering take out from our favorite Chinese restaurant.  The kids who are avid Chinese food fans love it and look forward to it all year long.  However, every other year my sister in law and her family come to our house for Thanksgiving, so on those years we do the big, traditional, family dinner.

This leads me to my next Thanksgiving topic.  The Turducken…shudder.  My sister in law insisted on ordering a Turducken last year from the Cajun something or other (I think it's called the Cajun Grocer but don't quote me on that).  She raved about it's turkey deliciousness and promised that we would be beside ourselves in turkey heaven.  I actually had to Google "Turducken" as I had never heard of it.   The images I saw didn't look all that appealing, and I about passed out when I saw the price of one of these suckers, but since I wasn't buying it, I agreed to the Turducken.  My hubby who is much pickier than he thinks he is immediately wrinkled up his nose and said, "That looks like roadkill."   The kids' reactions were even more priceless.  "Mom, what in the hell is that?  Do we really have to eat it?  What is that yucky yellow stuff inside of it?"

For those who are clueless like myself, a Turducken is a de-boned chicken that is stuffed into a de-boned duck, and then stuffed into a turkey. The one we ordered also had some kind of pork sausage/cornbread stuffing mashed into it.  Yeah, a little too much stuffing going on if you ask me.

Thanksgiving finally arrived, as did my sister in law and her family and we thawed out the long awaited Turducken. Everyone got a large spoonful of Turducken to try whether they wanted it or not.  Honestly I think it looked like an autopsy on the table and to be perfectly frank, it tasted just as bad as it looked.  I really hope my sister in law doesn't end up reading this post, as she's one of my best friends, and seriously awesome, and it was very sweet of her to buy our family a Turducken.  Besides, it's highly possible that my family is wrong and that the Turducken is freaking amazing.  Who are we to judge? My kids put ketchup on their cheese quesadillas.  Their food choices are sometimes questionable.

This year, we will be on our own for Thanksgiving.  As soon as dinner time rolls around, you better believe we'll be placing our order for Chinese take out.  I'm proud to say that no actual turkeys will be harmed at our house.  Unfortunately, I can't say the same for chicken, as we'll be gobbling up that General Tso's chicken like it's 1999. 1999,  don't ya wanna go? Great, now i'll never get that song out of my head.
Posted by Peanutlayne at 7:00 AM