The Hump Day I Just Want to Pee Alone Giveaway

I want to grab Wednesday by the balls and twist them until they turn blue.  I hate Wednesdays with a passion, or "hump day" as some of you people call it.  Hump day should be called F me in the rump day.

Every single hump day I always say things can't get any worse than the last one, but somehow they always do.  This Wednesday was no exception.  I was woken up to a phone call at 7 am by my daughter's PE teacher.  Apparently she hasn't been dressing down. AGAIN.  Of course my teen had an immediate excuse.  She forgot how to open her gym locker, two days in a row.  Unfortunately for her, I wasn't born yesterday.  So, I get into an argument with Ms. Sassy Pants over her attitude and her lack of participating in PE (she's grounded in case you're wondering).  The argument set off a chain reaction of lateness.  I didn't have much time to wake up my 8 year old.  Of course she picked today to roll around in her bed and make animal noises.  She doesn't do this often, but it's Wednesday so of course it has to happen today of all days.  I warned her if she didn't stop, I was dropping her ass off at the zoo.  As the 8 y/o is getting ready, I turn on the TV for the boys.  The older child wants Jake & the Neverland Pirates.  Peanut wants Max & Ruby.  Both are screaming, fighting and crying.  The TV gets turned off.  I get Peanut & the 8 y/o out the front door when my 5 y/o decides to go bat shit crazy because he can't find his stuffed Mario & Luigi dolls.  He's lying in the doorway throwing a fit and refusing to put on shoes, Peanut is running laps around the minivan while waking up all the old people in our neighborhood with his high pitched scream that only he can do, and I briefly debated throwing myself on the ground and curling into the fetal position.  We somehow made it into the van, I turn on the radio and Kelly Clarkson's Stronger is playing.  You know the song, "What doesn't kill you makes you stronger" or some stupid shit like that.  No offense Kelly, but I seriously doubt you've ever had to get five kids out of the house before 8:30 am.

In our school district we have half-days every single Wednesday.  When you're a kid half-days are freaking awesome!  As a mom to five who gets to drive three kids to three different schools, it's a case of scorching hemorrhoids with a cannonball shaped stool.  By the time I drop off all of the kids, it's literally almost time to turn around and pick them all up (and pick up is worse than drop off but more on that later).

To really put the cherry on top, I had to take both boys to urgent care today because they seem to have a cough that wont die.  I spent $40 on co-pays, chased them around the waiting room until my pits were stinky, and then find out that they are both fine and it's just allergies.  And why is it that a kid will hack their lungs out at home and sound like an 80 year old smoker with emphysema, but as soon as you step foot into the damn doctor's office, the cough completely, totally disappears and the doctor looks at you like you are cuckoo crazy?  Freaking Wednesdays!!!!!

The rest of the day continued to spiral downhill from McD's forgetting to put sweet & sour sauce in the bag for the boys, which led to "WHAAAAAAT?  No, sauce?  WAAAAAAAAAHHHHH!!!!" as soon as we got home, to having to scarf down our food, get back in the van and head out to pick up the girls.  I first get to pick up the 8 y/o, which means having to fight for a parking space, drag the boys out of their car seats, and walk up to the entrance to pick her up, and then walk everyone back to the van and buckle the boys back in their seats.  Then we head to the middle school where we sit in a smelly minivan for about 20-30 minutes waiting for my older daughter, while the younger kids practice killing each other in the backseat.  Of course seat belts get unbuckled which leads to me having to get back out of my seat to buckle them back in.  I was hoping that i'd get a bit of a break when I got home seeing as I have two hours before I have to pick up the oldest from band practice and take the 8 y/o to soccer practice, but no such luck.  The 5 y/o just had to eat the 3 y/o's apple slices.  I can't wait to see what the next hump day brings. 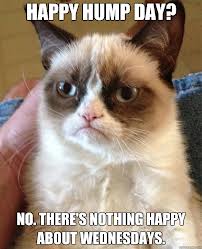 So, in an effort to try to make this hump day a little happier (if that's even possible), i'm giving away a paperback copy of the hilarious new book, I Just Want to Pee Alone.
a Rafflecopter giveaway

Posted by Peanutlayne at 3:59 PM