When the decision gets made for you...

Today was rough and this probably isn't the hilarious post you were looking for, although there were definitely some humorous moments thrown into the mix. I had to see my gynecologist today. Why does that word still make me giggle?  Without getting too graphic, i've lost a ridiculous amount of blood in the last three months and it's not stopping. At all. I have an ultrasound tomorrow afternoon and there is a good chance I may be getting a hysterectomy at age 34.

I have so many mixed feelings and I feel like i'm on the verge of crying and just not stopping.  Here's the thing...I don't want anymore kids. I don't. But I don't like the idea of anything permanent being done to my fertility and that's dumb considering I have an antibody problem that would make me carrying a baby to term impossible. My last pregnancy was so high risk that it's ridiculous.  We are so lucky that Peanut survived the pregnancy and is healthy.

How silly is it for a mom of five to be crying about losing her fertility?  Especially when she has multiple medical problems including a serious autoimmune disorder/vasculitis and a million other issues?  But I am.  I'm crying because i'm officially closing that door forever.  I'm crying because I will never be pregnant again, I will never get to feel the excitement of finding out the baby's sex for the first time, or seeing the baby on the ultrasound screen, or the thrill of heading to the hospital to give birth.  And here's another thing I haven't shared, but I can't hold it back. I was recently pregnant and let's just say that things didn't end well and leave it at that.  And I keep thinking about how I could've been getting ready to deliver another baby in July, but instead i'll most likely be getting my reproductive organs yanked out and that hurts my heart in ways that I could never begin to describe.

I have many online friends (since it seems almost all of my friends these days live inside of my computer) who are pregnant or just had babies.  Heck, my sister in law who also happens to be one of my bestest friends (i'm lucky I have an awesome sister in law and not a sucky one), just gave birth a week ago to my newest adorable little nephew and i'm honestly thrilled for her! I have no ill feelings towards pregnant women or moms of newborns.  But i'll admit, walking out of the OB/GYN's office (the same OB/GYN that has been with me through two horrific pregnancies and deliveries and two recent pregnancy losses that have both occurred within the last two years), I suddenly felt very, very sad.  The waiting room was full of women with large blossoming bellies and there I was holding a stupid hysterectomy pamphlet in my hand.

I know that I can't have anymore kids. I know that I shouldn't have anymore kids. I know that I don't want anymore kids.  So what the hell is my problem?  Why can't I just be one of those women who has one or two (or even three) kids and is perfectly content being done.  Why do I have to feel this way?  My husband and I have big plans ahead and having another baby does not fall into those plans.  My dad always reminds me that I can't keep having babies forever and eventually I need to let them grow up so I can enjoy my remaining years and he's right.  I know he's right.  I just wish I could be happy but i'm sad and I know this is a bunch of crazy, rambling, mumbo jumbo and I apologize, but I just really needed to get this out so why not spill my inner most thoughts with thousands of strangers, right?  Geez.

So to lighten up the mood a little, my appointment was a 3 ring circus.  I had to bring my three and five year old sons with me.  I could probably just stop right there and you could use your imagination, but yeah, talk about a disaster!  The doctor has a bin full of germ infested toys in each exam room.  The boys immediately started fighting over a small Nerf ball as I tried to shout out my concerns over the chaos to the medical assistant.  She finally ended up taking the ball away as the boys were practically having a fist fight on the dirty, disgusting floor, and me yelling at them to "Knock it off" was falling on deaf ears.   So, I tell the boys the doctor will be coming in soon.  My son asks, "Have I met this doctor, momma?"  I explained to him that this was the doctor who delivered him and he looked at me with his big brown eyes and said, "You mean he dropped a package off at your doorstep?"  Um, sure, we'll just go with that!

By the time the doctor came in both boys were bouncing off the walls and it was time for me to get undressed so the doctor suggested the boys wait out in the hall.  Before they went out into the hall my five year old tells him, "I play about 50 hours of video games a day", which is not true at all. He hardly plays any video games at all.  Then of course after the doctor tells him, "That's not good. Video games will rot your brain. You should be playing outside" (which he does all day long by the way), he has to chime in again with, "And my brother sits and watches Barney all day" which is also not true as it's a miracle if you can even get Peanut to sit through one 20 minute show. The doctor gave me that look (you know the raised eyebrow look) and I grinned and said, "Boy these guys sure are making me look like mother of the year aren't they?" and the doctor cracked up as we have always joked around with each other. In my opinion you kind of have to joke around with a doctor after he's seen you in some compromising positions.

Tomorrow I have an emergency ultrasound.  This will determine which type of procedure I need done, but basically I will be having some type of permanent uterine procedure done in the next few weeks which will permanently end my fertility and endings are always the hardest for me. 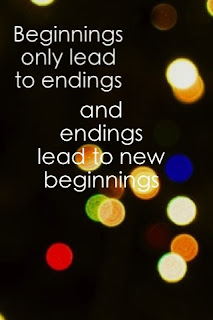